Note: Registration for the 2018 Hummingbird Celebration is Sold Out. 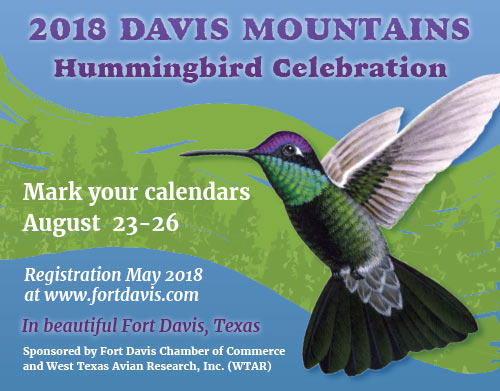 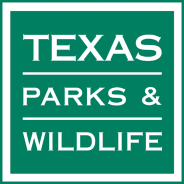 Special thanks to Texas Parks & Wildlife for use of hummingbird illustrations.

Their aerial prowess, pugnacious nature, iridescent feathering, and pint-size charm understandably make hummingbirds more popular than gulls, terns, and peeps even though hummingbirds can present an identification challenge similar to those other groups. We will showcase species that have occurred in West Texas and focus on learning to identify species that you may see during the DMHC so you will feel more confident with your identification of hummingbirds battling around the feeders. Talk will conclude with a quiz to test your newly acquired skills.

Join us for an exciting PowerPoint presentation and discussion about Black-chinned Hummingbirds based on years of banding experience and many thousands of banding records of Texas’ most widespread and familiar species of hummingbird.

Call it Magnificent or Rivoli’s? Only the nomenclature committee of the American Ornithologist Union makes that judgment. A common breeding species, only in the Davis Mountains of west Texas, the Rivoli’s Hummingbird is one of our largest and most colorful species. In an introduction to this bird, you will learn about its seasonal occurrence and distribution in Texas, as well as plumage characteristics.

The Wonder of Hummingbirds
By Dr. Johnny Bliznak
Friday, August 24, 3:00pm
at the Hotel Limpia Ballroom

Dr. Bliznak’s photography took highest honors in the 2017 Davis Mountains Hummingbird Photo competition. His program covers some amazing anatomic details and physiologic characteristics of hummingbirds. You will enjoy seeing ten Texas’ hummingbird species from his portfolio and will understand more about what makes these tiny birds “tick.”

Linda Hedges uses her own native plant garden as a case study to explore what works (and what doesn’t work) to attract hummers and other creatures into home environments. Her PowerPoint presentation briefly reviews the 12 species of hummingbirds that have been recorded at her home, then takes participants through the evolution of her native garden, from 1996 to the present. Linda shares the tenets of “gardening with wildlife in mind” and covers some of her favorite native species… and some anecdotes you won’t want to miss!

Call this session hummingbird feeders 101. This workshop will teach you the basics of selecting and maintaining your hummingbird feeders so that you will gain maximum enjoyment watching your hummingbirds. Find out how to ant proof, bee and wasp proof and pest proof your feeders. Putting out feeders is not rocket science; however, if done properly you will reap maximum enjoyment with minimum effort. You will learn that your selection of a feeder style will depend on several factors, including but not limited to, geographical area, volume of birds feeding, setup strategy, and environmental conditions.