The caring and experienced professionals at Alpine Memorial Funeral Home are here to support you through this difficult time. We offer a range of personalized services to suit your family’s wishes and requirements. You can count on us to help you plan a personal, lasting tribute to your loved one. And we’ll carefully guide you through the many decisions that must be made during this challenging time.

You are welcome to call us at any time of the day, any day of the week, for immediate assistance. Or, visit our funeral home in person at your convenience. 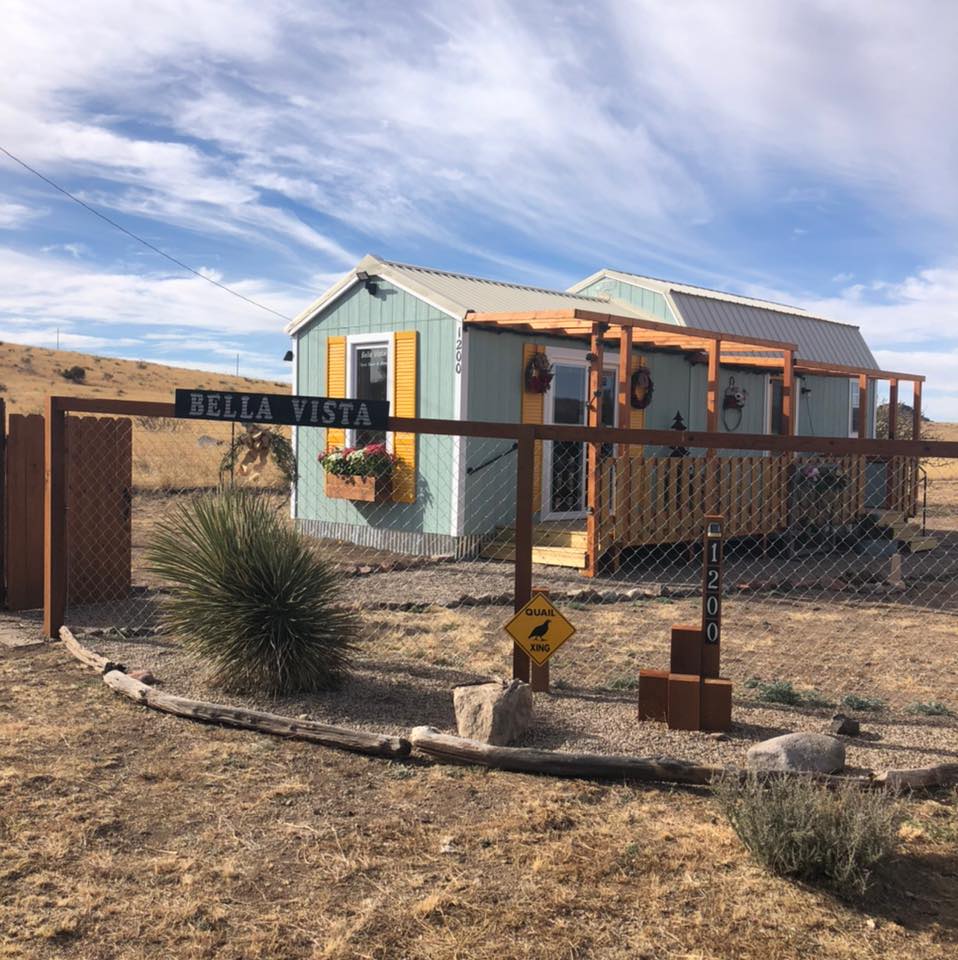 Located at the end of Cemetery Road. It’s the little cottage with the yellow shutters.

Open Monday/Wednesday/Friday from 10-5 and Saturday 10-2. 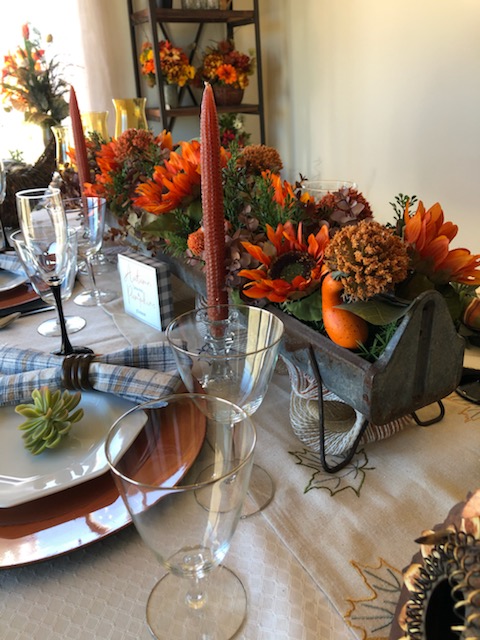 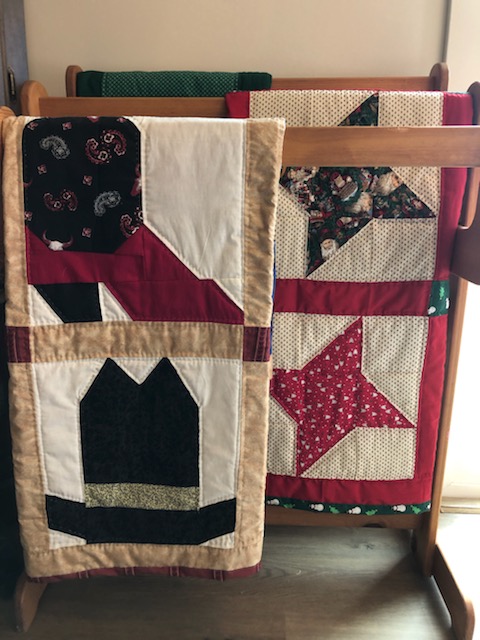 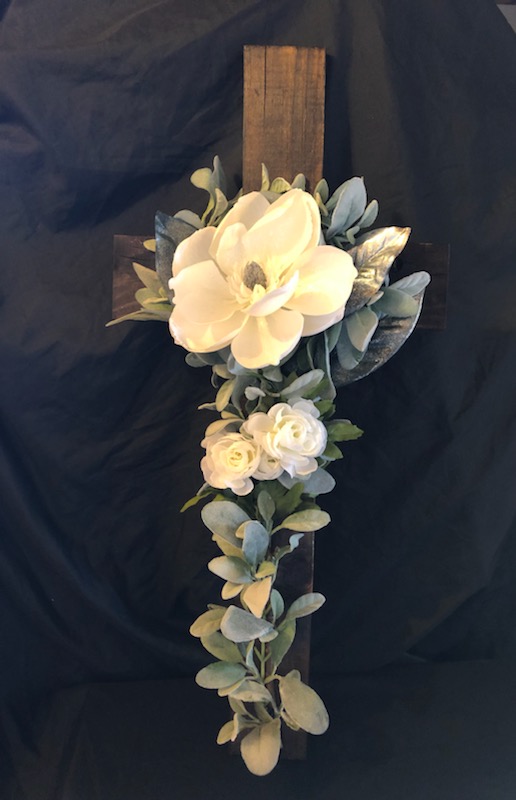 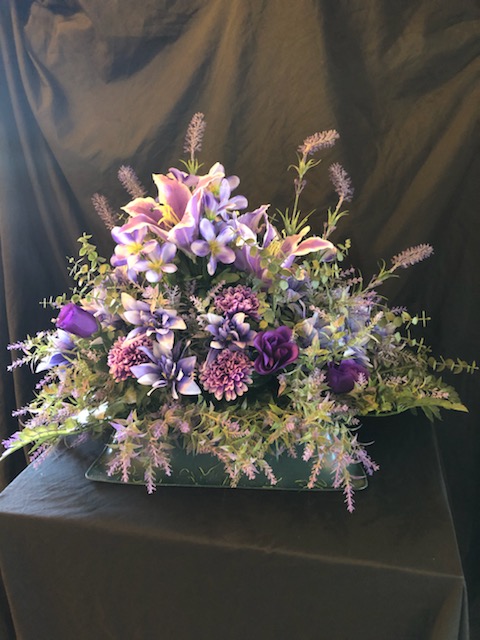 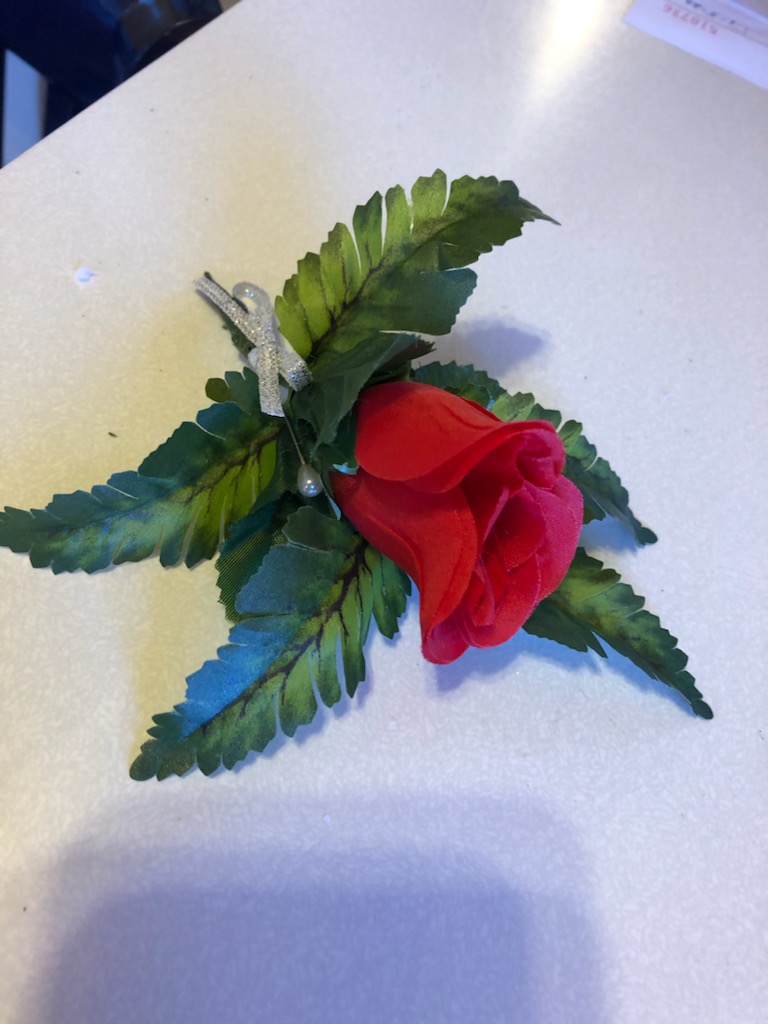 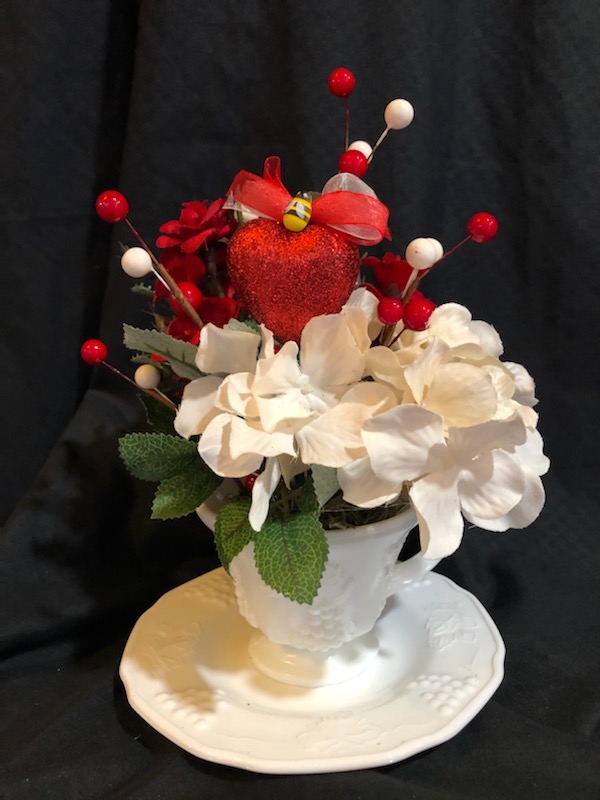 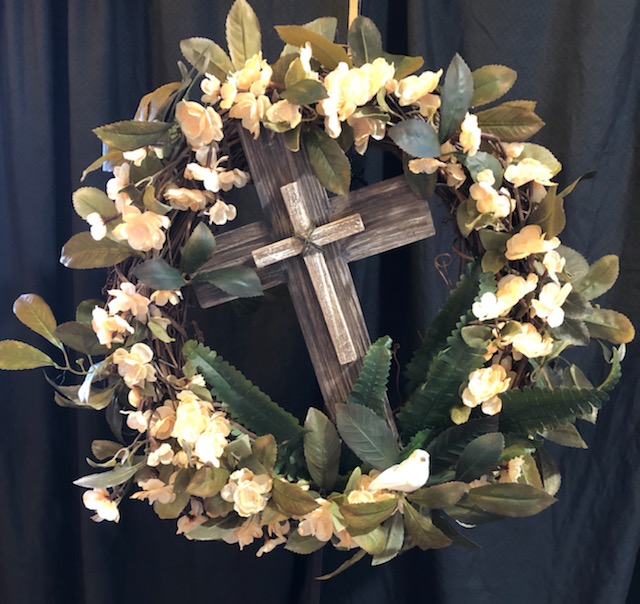 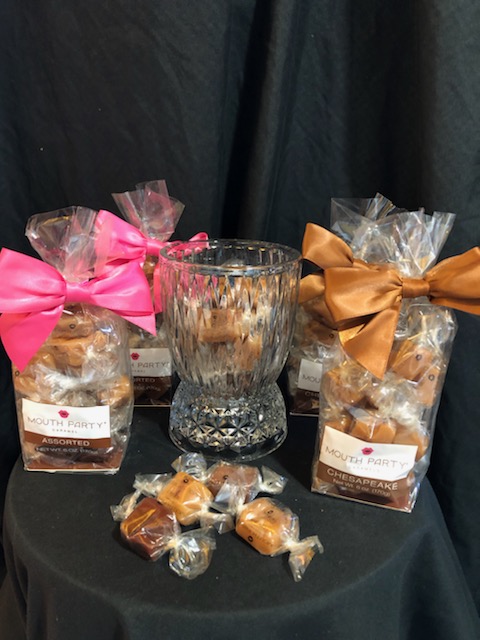 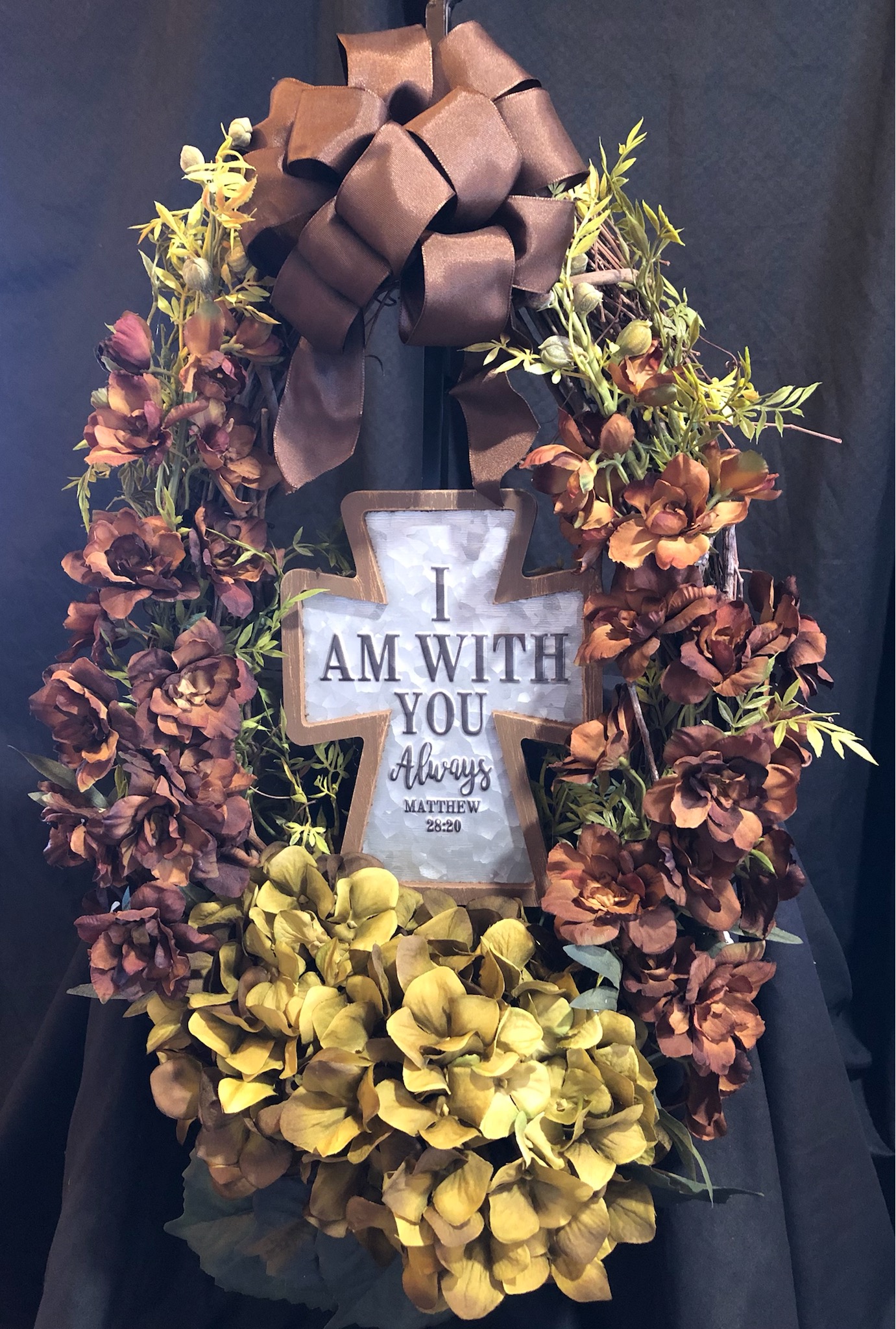 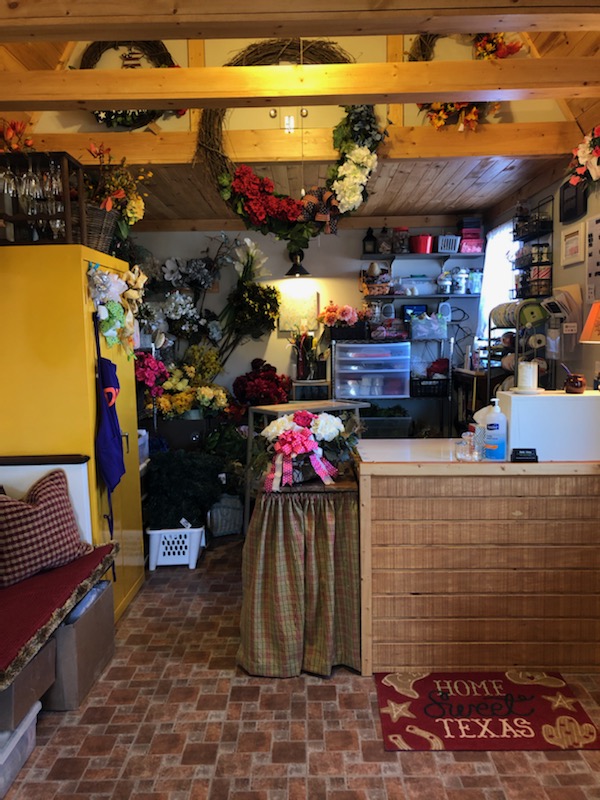 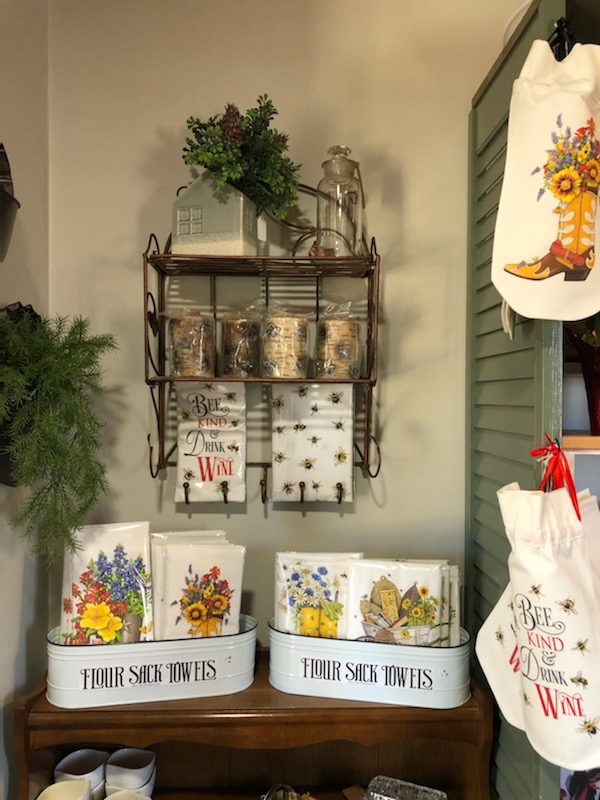 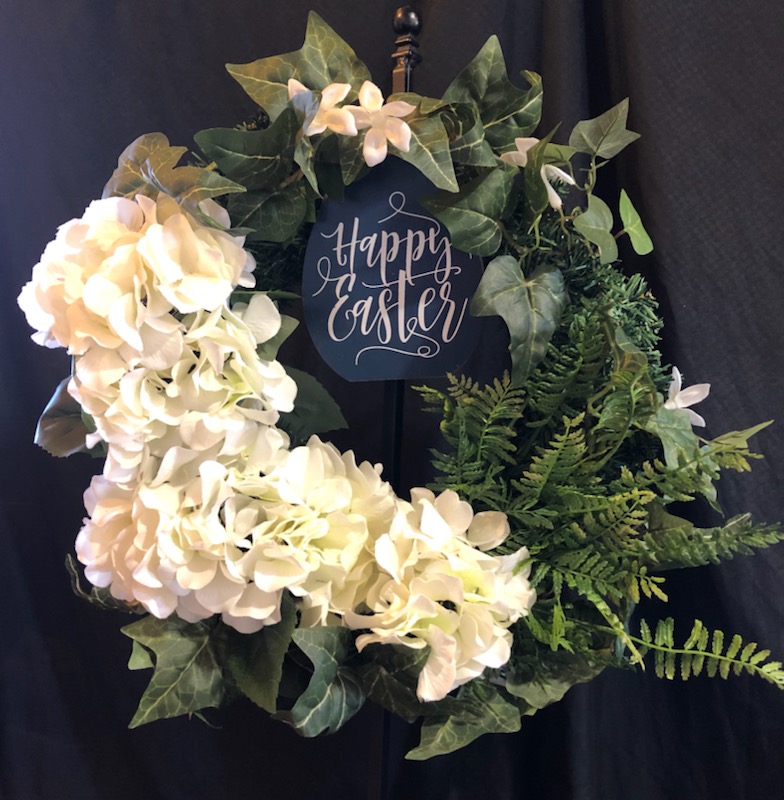 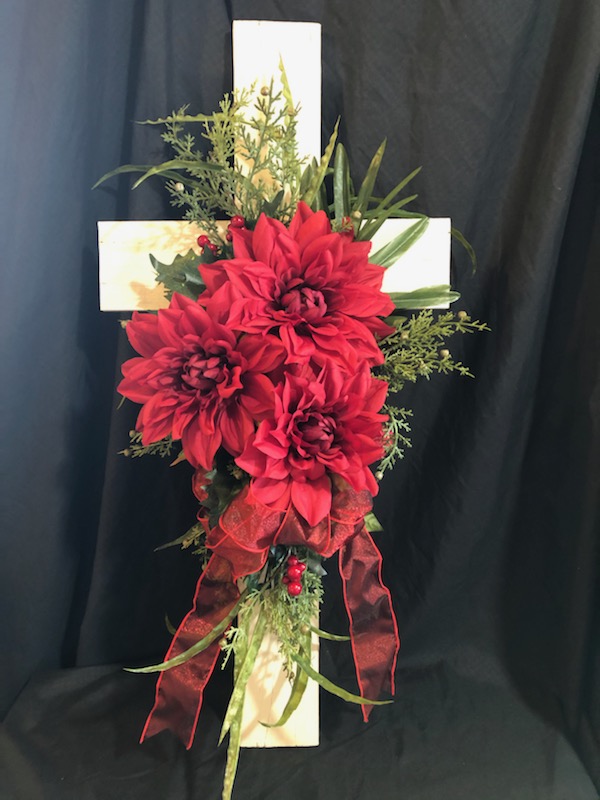 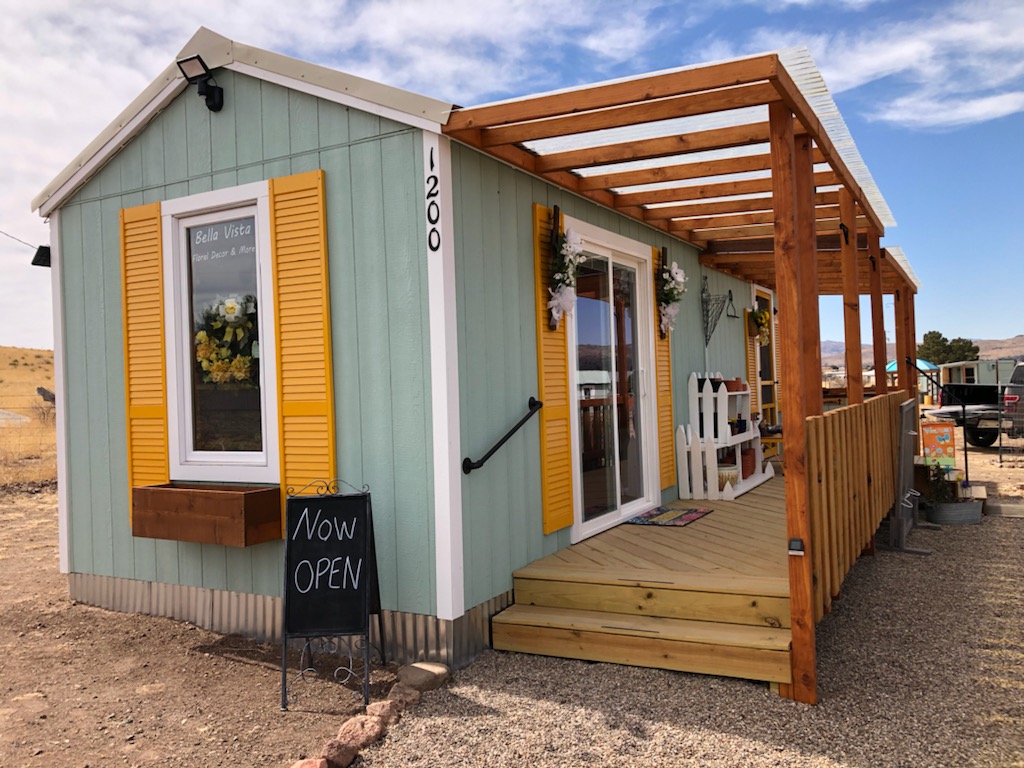 Serving the needs of Brewster, Jeff Davis, and Presidio Counties.

Electricity is an essential service and part of daily living. In the past, consumers had no choice in providers and simply connected to the power grid through the existing, local electric company.

However, in Texas, energy was deregulated in 2002, meaning that consumers are now able to choose from several electricity companies that will provide electricity to their homes or places of business. Texas electricity companies allow Texans to opt for a provider with whom they align philosophically and with the best deal for them financially. www.consumeraffairs.com/utilities/utilities.html

If you’re frustrated with the process of finding an energy provider that works for you, another option is to check out Save On Energy. Since 2003, SaveOnEnergy has provided customers with competitive energy plans from top providers, focusing specifically on the Texas deregulated energy market. More information can be found at https://www.saveonenergy.com/

The Jeff Davis County Receiving Station is to the north and east of the Courthouse on the corner of Military and Compromise Streets. You can reach it from Highway 17 by turning east on either Compromise or Cemetery Streets. (Map below)

RECYCLING IS FREE AND EASY

The Jeff Davis County Receiving Station is to the north and east of the Courthouse on the corner of Military and Compromise Streets. You can reach it from Highway 17 by turning east on either Compromise or Cemetery Streets.

Cardboard is recycled by placing the material in the containers just after entering the facility on the right. Costumers must break down all boxes before placing in cardboard bins.

When recycling in the Compactor, the attendant will ask you to sign in and also look at what you are bringing. This is to prevent contamination of the Compactor, which causes an expensive fine for the County. The Compactor, at the far northwest corner of the receiving station, accepts many types of recyclable products. See below WHAT IS RECYCLABLE & WHAT IS NOT at this facility.

Once the recyclables are compressed by the Compactor, they are reduced in size by 4 to 1. When the Compactor is full it is hauled to Austin to a Materials Recycling Facility (MRF) to be separated on an assembly line and bailed for shipment to places where they can be reused.

WHAT IS RECYCLABLE & WHAT IS NOT

WE DO NOT ACCEPT

Twenty years ago Elaine Harmon, curator, and Jerry Yarbrough, superintendent of FDNHS, started an all volunteer recycling program. They collected recyclables and delivered them to Alpine to the center created by Hal Flanders. After Hal’s death a new city manager dismantled the recycling infrastructure. Ten years ago Jeff Davis County tried to set up recycling with Duncan Disposal, now Republic. Volunteers staffed every Saturday morning to help people recycle. After a year of work by 100 volunteers, we learned that Duncan was not recycling.

Creation of the present recycling system was made possible in 2011 with a $10,000 grant from the National Park Service Foundation with the help of John Morlock the new Superintendent. Many in‐kind contributions were given to grade the site for the compactor, compact the base, add a reinforced concrete pad, and bring in 3‐phase electricity.

In all a $20,000 investment was made to have single stream recycling with Texas Disposal Systems (TDS) whose goal is to prevent anything recyclable from being dumped in a land fill it operates. In their new contract with the County, TDS because of their increased costs, increased the hauling fees for our compacted recyclables. Jeff Davis County was paying $10,000 per year to provide free recycling for its citizens. Hauling fees went up $5,000 which was too much for the County Budget. The total budget for the Receiving Station is $97,000. Dumping fees only bring in $15,000. Solid waste disposal costs taxpayers $82,000 per year.

A group of dedicated volunteers put on a fish fry fundraiser November 2015 and raised the $5,000 needed. Over 100 people attended the fish fry and 40 people donated from $100 to $1,000 in sponsorships. Volunteer efforts and generous donations have been a hallmark of recycling in Jeff Davis County and are one reason for its success.

Your “People to People” Bank since 1911. Branches located in Fort Davis, Alpine and Presidio to service all your needs. ATMs available in all locations. Member FDIC and Equal Housing Lender. 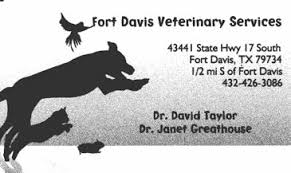 Grand Companions helps people save and connect with homeless pets through our rescue shelter and adoption programs. 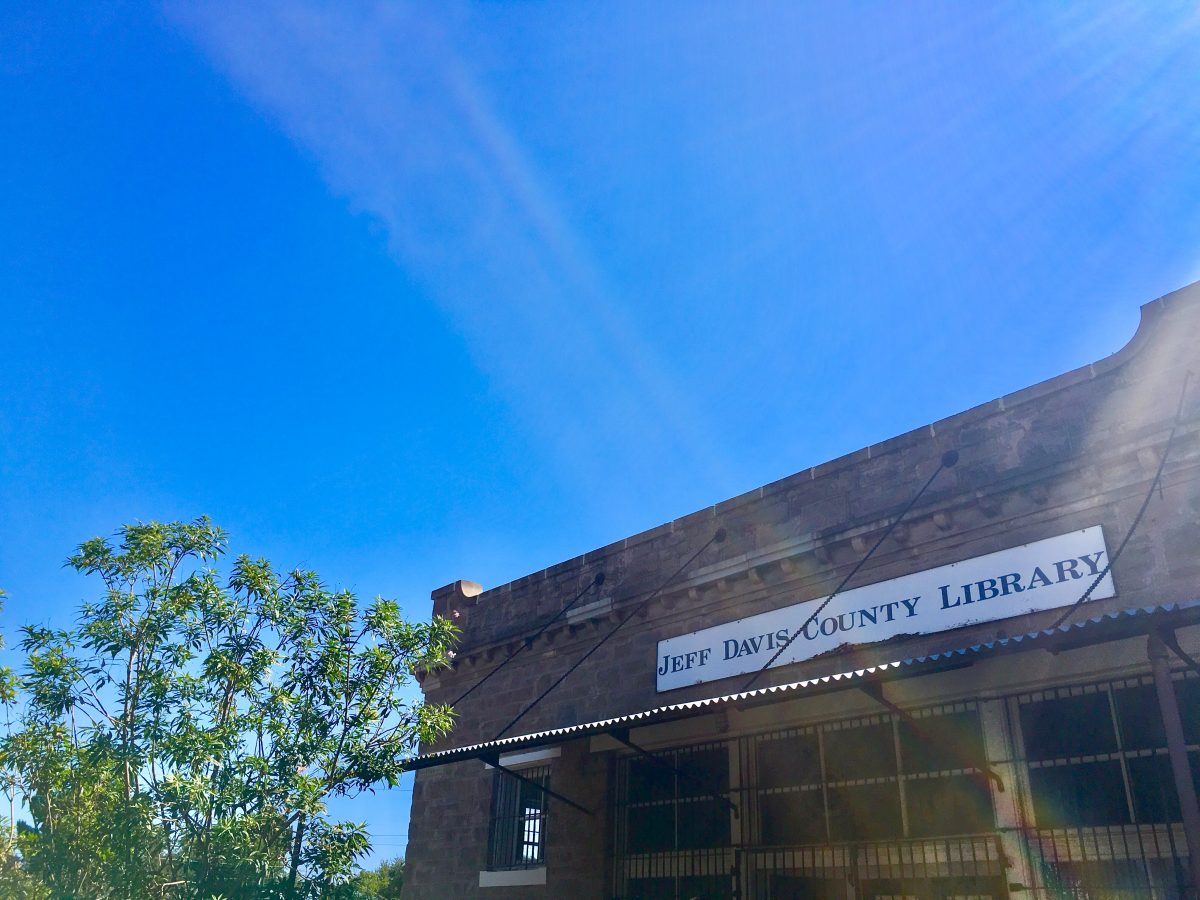 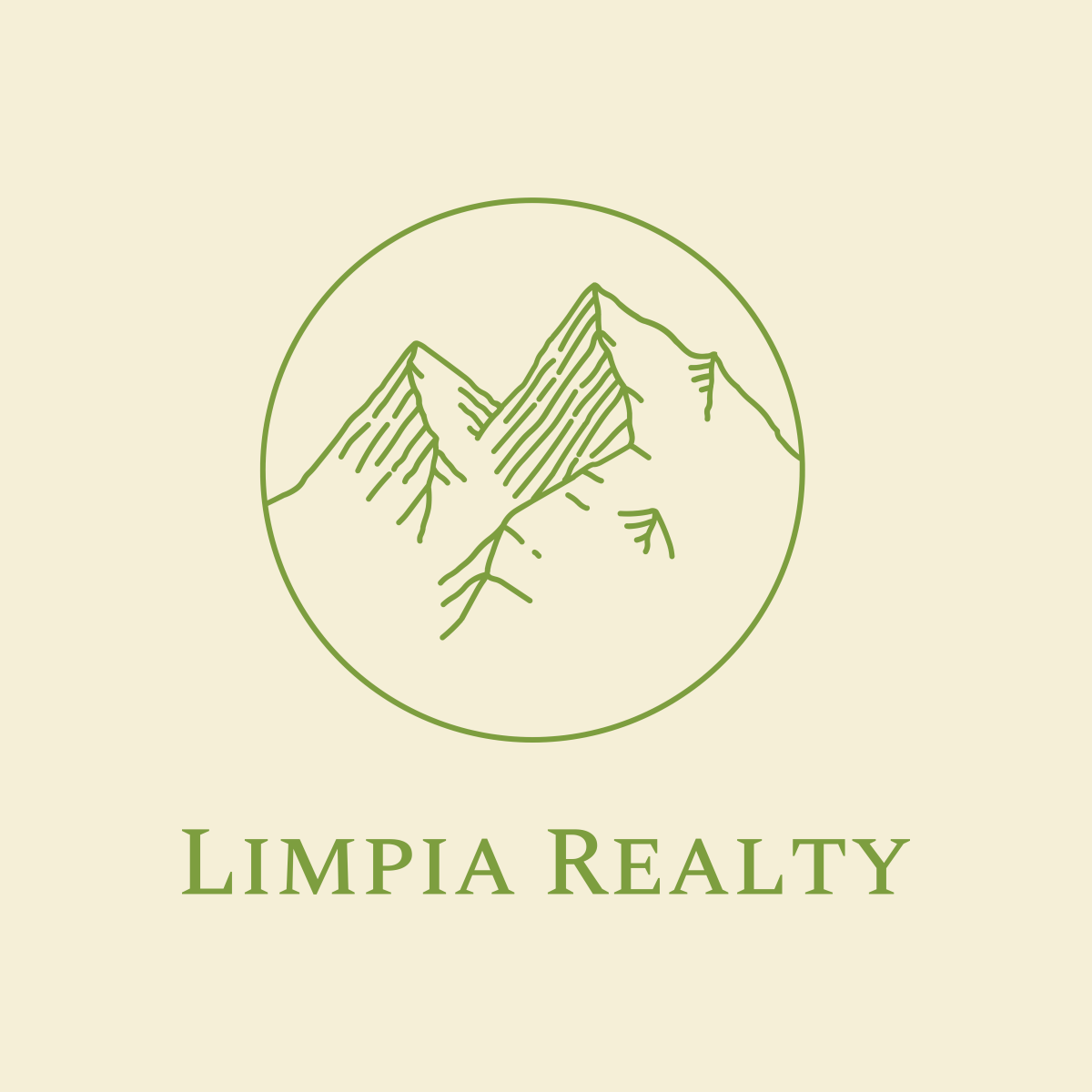 As a locally owned and operated design-build company, Martini Construction works as a team to creatively customize your home or commercial space to match your needs. Martini Construction specializes in concrete and welded steel frame manufacturing, ensuring high quality results. At Martini, you will find a workforce of skilled craftsmen that are top notch. OSHA compliance is a necessity, and ongoing training and certification programs allows their crew to continue to develop their specialties in welding, electrical, carpentry, trim work, etc. A strict adherence to timelines and budgets end up saving their customers headaches and money. Martini Construction is also experienced at historic restoration and preservation. 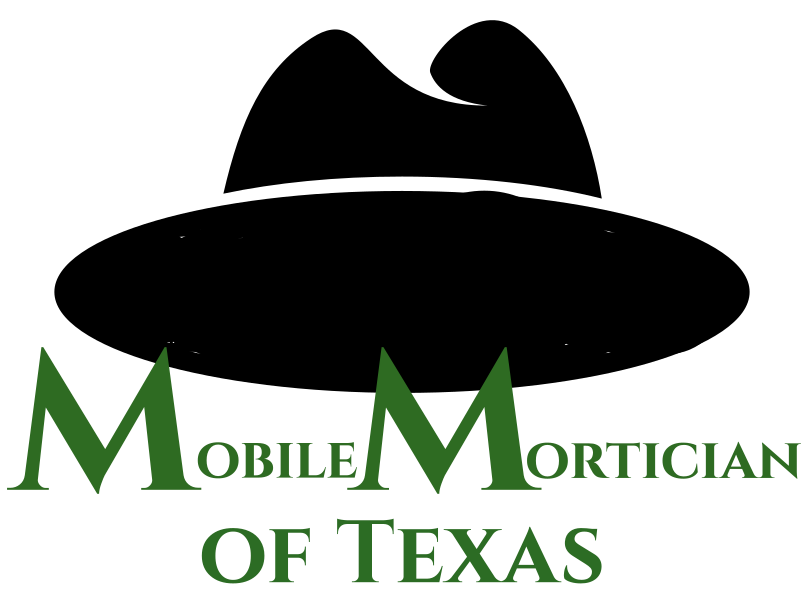 The staff at Mobile Mortician of Texas takes great pride in caring for our families, and has made a commitment to provide you with a beautiful, lasting tribute to your loved one. Honoring your loved one is our top priority, and part of that is assisting you deal with grief during this difficult time. Everyone’s needs are different, and for that reason, families can entrust their loved one’s wishes to our staff. We have a wide range of resources to support you not only today, but in the weeks and months to come.

We are officially ready to serve our community. If you need us, call 432-249-1333 and we will come to you and help you honor and celebrate the life of your loved one. 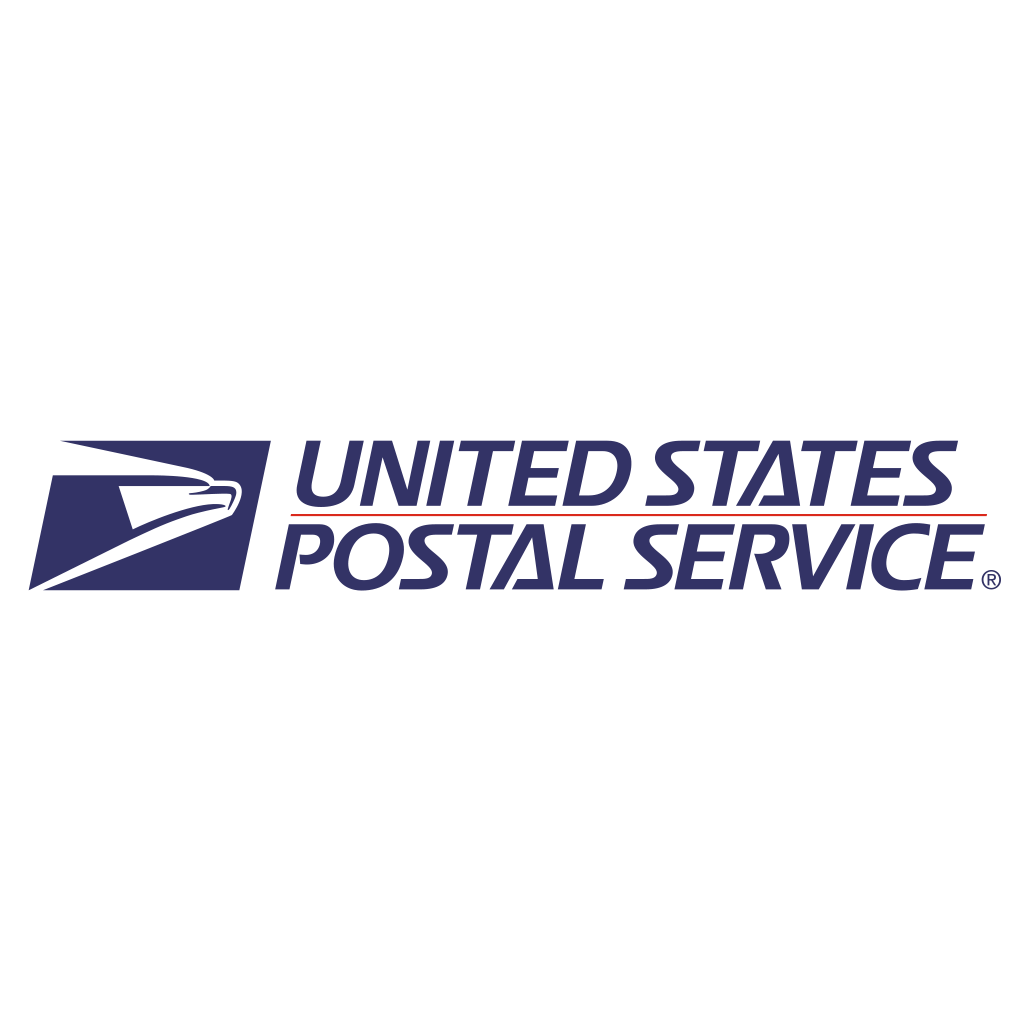 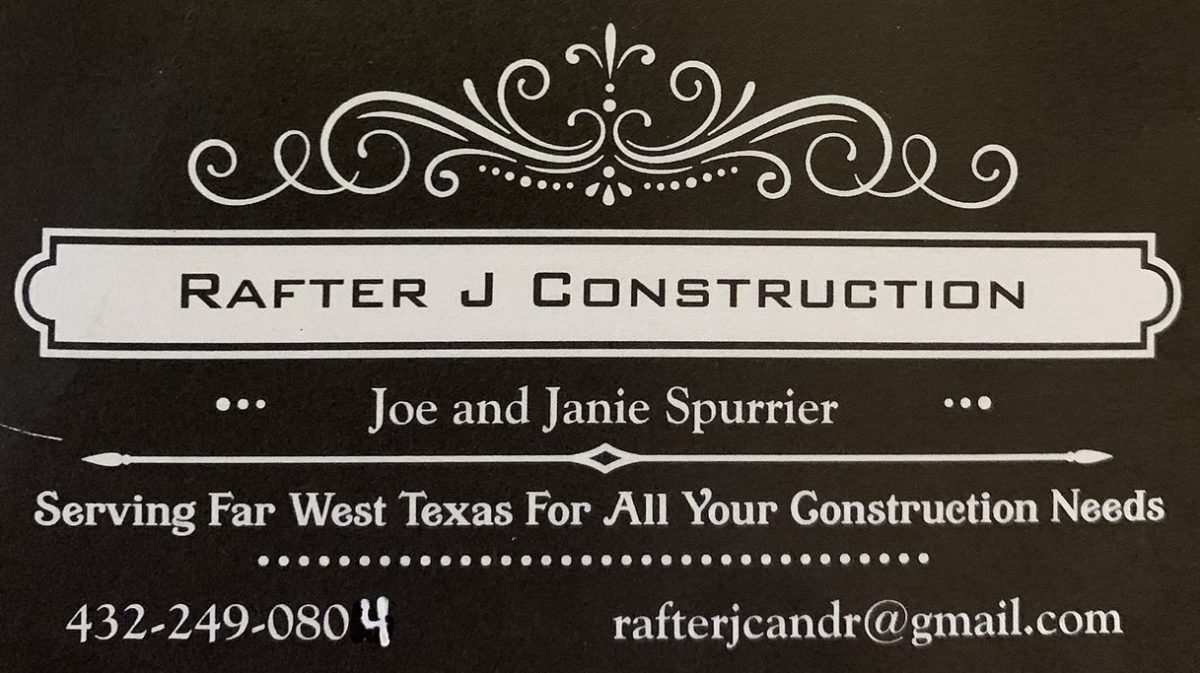 Serving far west Texas and for all your construction needs – all types of construction and remodeling, gutters, and rainwater collection. 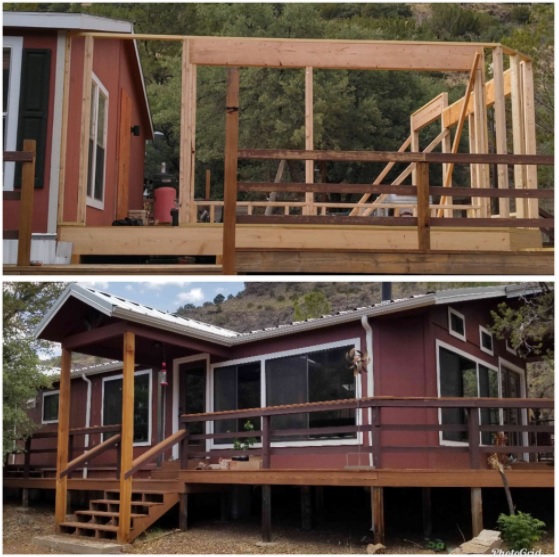 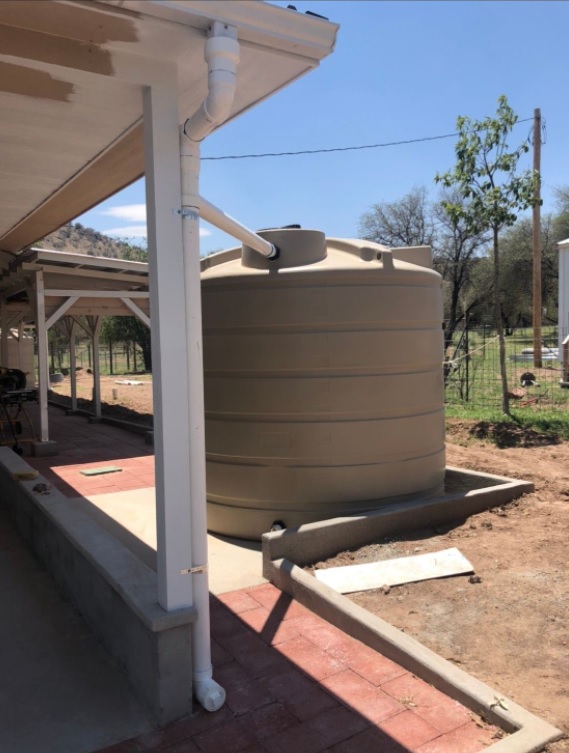 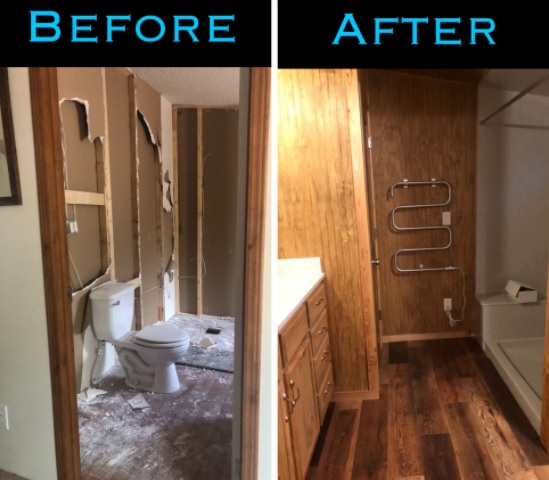 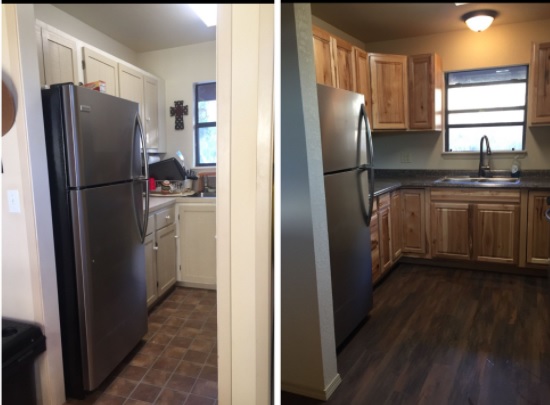 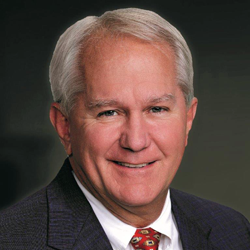 Transporting tourists and locals across West Texas. Call Steve to set up your transport today! 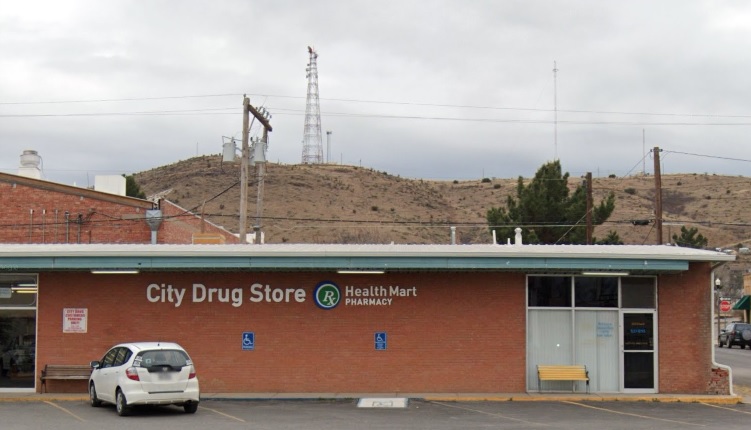 Come to City Drug for routine vaccinations, use our app to conveniently place your refill order, hassle-free, and find what you need in our large over-the-counter selection.

Evelyn’s Boutique is also located inside City Drug, where you can find the perfect gift for a loved one. 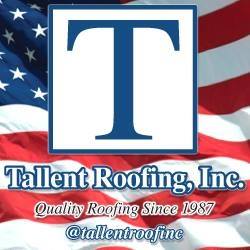 Since 1987 we have had the pleasure of building an entrusted customer base throughout Texas as well as the surrounding states. We specialize in residential, commercial and government roof replacement; and provide the following services: siding, gutter installation, waterproofing, elastomeric coating, and window installation.

With over 25 years of experience and highly seasoned staff, we believe in performing first-class work and are confident that we can provide you with the exact solution you are looking for.

You can Trust the Talented Team at Tallent Roofing, Inc.!